We, citizens of Riverside, California in mass meeting here assembled in Fairmount Park, September 20, 1914 … commend and pledge our cooperation to the world peace movement

About the Toward Peace project

Frank Miller, the founder of the Mission Inn in Riverside, is most well known as an entrepreneurial hotelman and unabashed Southern California booster.  In the years before the U.S. entered the First World War, Miller was an active member of a broad-based national coalition lobbying for the United States to stay out of the war and to play an active role in negotiating an end to European hostilities.  By the end of his life (he died in 1935) Miller was celebrated and memorialized as a peace advocate – the Peace and Friendship Tower on Mt. Rubidoux having been dedicated to him by the residents of Riverside.

The Mission Inn Foundation’s multi-faceted project, Toward Peace, will explore Miller’s peace activism in fuller historical and contemporary contexts – inviting our community to learn more about, and think more deeply on Miller’s peace activism and our local history. Together, we will also contemplate the legacies this community heritage may provide as we navigate our roles and responsibilities as world citizens in challenging times.

Toward Peace activities began in August 2020 with “Securing the Vote: The History of Women’s Suffrage in the IE and across the Nation” a zoom webinar commemorating the 100th anniversary of the 19th Amendment granting women the right to vote and the connections between the Suffrage movement and peace movements in the years before World War I.  Future Toward Peace activities – will take place over several months continuing into Autumn 2021.

TOWARD PEACE WAS MADE POSSIBLE WITH SUPPORT FROM CALIFORNIA HUMANITIES, A NON-PROFIT PARTNER OF THE NATIONAL ENDOWMENT FOR THE HUMANITIES. VISIT CALHUM.ORG. 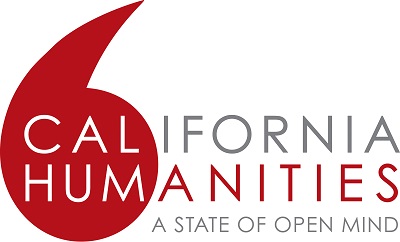 Humanities Hour in partnership with Riverside Public Library, Inlandia, and Riverside Art Museum. Funding has been provided by California Humanities and the National Endowment for the Humanities (NEH) as part of the Coronavirus Aid, Relief and Economic Security (CARES) Act economic stabilization plan of 2020.

Oct 18 - The Economics of War, Depression and Pandemics with Roger Ransom

As we struggle through the Covid-19 global event, Professor Ransom will explore the history of previous generations’ responses to such large-scale global events – and discuss the roles and uses of history itself in understanding such events.

Commemorating the 100th anniversary of the 19th Amendment and exploring the connections between suffrage and the pre-World War peace movements.

Mission Inn Foundation and Inlandia Institute launch series of interactive stories and puppetry workshops for families and children of all ages.

Karen Rae Kraut has been blending story, song and creative movement in schools, libraries, museums and theatres from California to East Tennessee since 1990.

Nicole Cloeren is the founder of Puppets a la Carte, where she uses puppets and techniques of improvisation to create a space of surprise and wonder in which we can all learn from one another.

The programs are free but registration is required.

Frank Miller in the World:  Peace Activism and International Understanding. This exhibition will focus primarily on Miller’s ‘peace work’ in the context of recent scholarship on the pre-World War I peace movements.  The exhibition is expected to open in the Mission Inn Foundation galleries in early 2021.

Riverside and the World: History and Memory of Peace and War

This event was originally planned as an in-person conference featuring academic and local scholars pairing broad context with local stories.  Exact alternate format is still in planning but will likely occur in 2021 as a series of four virtual presentations:

1)    Focus on Women and the Peace movements

“Riverside, Paris, Zurich: Feminist Internationalism and the Peace of 1919.” Dr. Mona Siegel, Professor of History, at California State University Sacramento and author of Peace on Our Terms: The Global Battle for Women’s Rights After the First World War

“Peace and Friendship:  Frank A. Miller’s relationships with Peace Activists before World War I” Theresa Hanley, Independent Researcher and Curator

“Frank A. Miller and the Building of the Soldiers Memorial and Municipal Auditorium, 1928-1929.” Dr. Vince Moses, independent Scholar and Curator

“Why World War I Matters for American Society.” Dr. Jennifer Keene Dean and Professor of History, Wilkinson College of Arts, Humanities and Social Sciences at Chapman University.  Keene is the author of Doughboys, the Great War and the Remaking of America

What Is Peace?  Riverside Considers an Enduring Question – a series of events exploring contermporary relevance of our community legacy

This series of public events will consist of focused conversations, discussions and community forums centered on:

Investigation of a Flame:  Portrait of the Catonsville Nine. Date tbd.  Film and Discussion program.  This documentary reflects on a May 1968 protest of the Vietnam War including interview with those on both sides of the issues.  The Baltimore Sun said it “pays homage to the U.S. tradition of dissent.”

In 1925, friends and neighbors of Frank Miller, raised funds and built a “Peace and Friendship Tower” on Mt. Rubidoux to honor Miller, the founder of the Mission Inn. This presentation will take a deeper look at Miller’s peace activities. We will also explore his connections with national and international peace activists and learn how Miller’s ideas were part of larger national and international movements.

Oct 18 - The economics of war, depression and pandemics with Roger Ransom

As we struggle through the Covid-19 global event, Professor Ransom will explore the history of previous generations’ responses to such large-scale global events – and discuss the roles and uses of history itself in understanding such events.

Commemorating the 100th anniversary of the 19th Amendment and exploring the connections between suffrage and the pre-World War peace movements.

Dec 10 - Toward Peace:  Universal Stories of Friendship and Understanding

"King Solomon and the Hoopoo Bird" (Israel) Wanting to impress the Queen of Sheba King Solomon promises to build her a palace of bird beaks.  The wise hoopoo bird saves the lives of all the birds by posing 3 riddles for the King