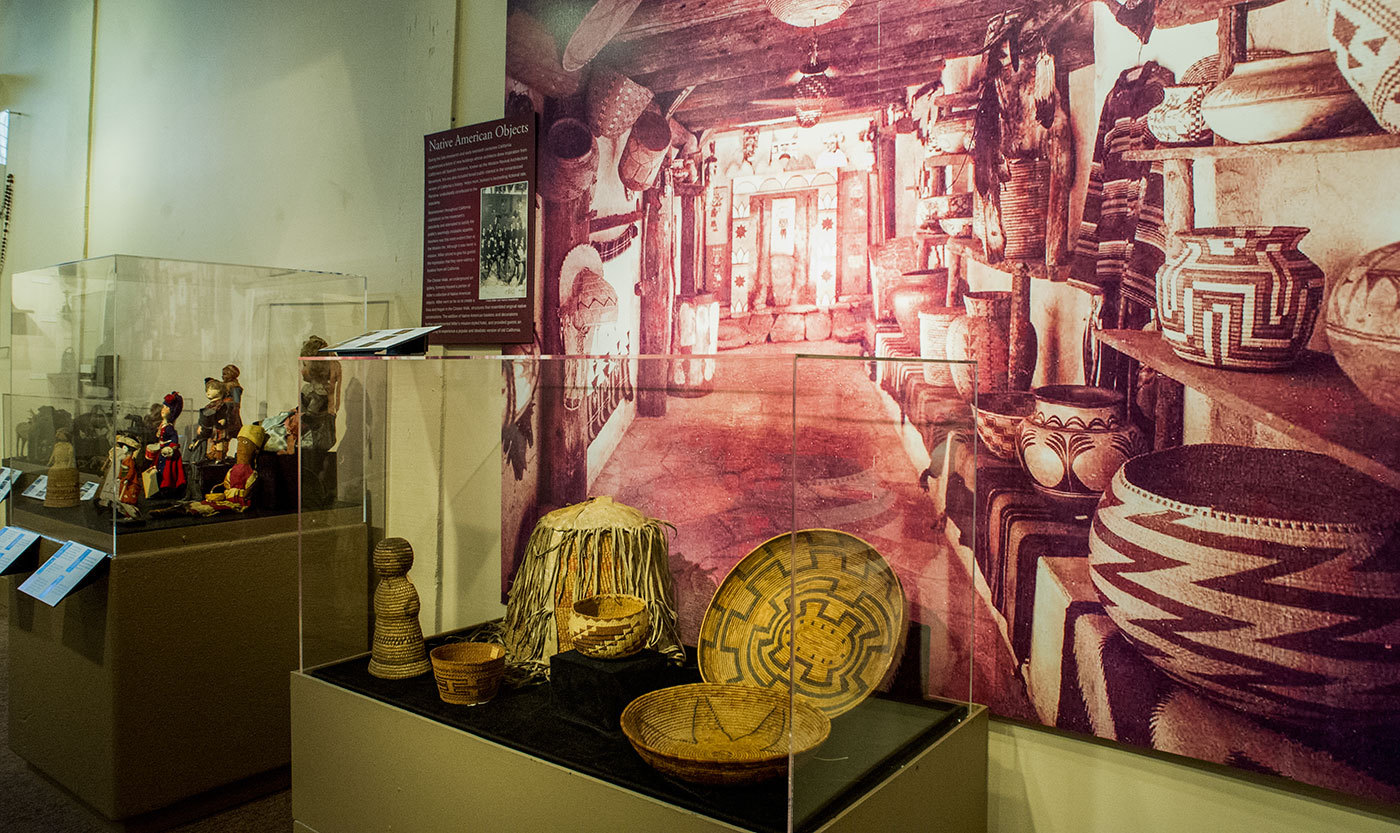 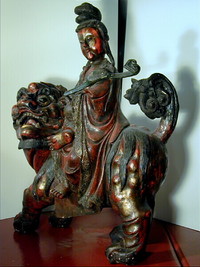 A wooden angel that once decorated famed stained-glass artist Louis Comfort Tiffany's Manhattan Church, a many-armed Buddha from China, and a myriad of stolen artifacts that made their way back to the Mission Inn will be on display for this exhibition. Curio Shop celebrates Frank Miller's eclectic historic collection. Come and view the wonders at the free opening reception.

Please call 951-341-6576 with questions or requests for additional information. 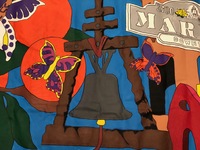 The Mission Inn Foundation makes great efforts to educate the community about local history. One of the ways we are able to achieve this goal is through our Hands on History Community Outreach program. Capturing history was a project completed by our Hands on History participants (Local Middle and High School Students). They created and painted murals, which captured the different elements of local history they learn about in the program, including: the citrus industry, the Rain Cross, the Mission Inn, the Riverside Art Museum and more. 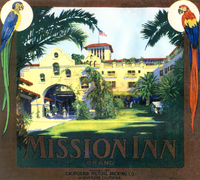 The Mission Inn Museum and Museum Store is open daily, 9:30 a.m.-4:30 p.m., with extended hours for Riverside Arts Walk on the first Thursday of each month and during the Festival of Lights holiday season. For daily tours, exhibition information, or general visitor resources, please call 951-788-9556.

Opening during Women's History Month, this timely exhibition features the known and unknown women who shaped the hotel and its operations over the last 150 years. Come explore the stories of Mary Clark Miller, Alice Miller Richardson, Isabella Hardenberg Miller, Allis Miller Hutchings, Marion Clark Miller, May Spiller, Kelly Roberts, celebrity guests, and the unnamed employees of the hotel, all of which were participants in the hotel's operations and activities.

The Mission Inn does better when it is owned by a family. Indeed, the hotel’s greatest successes are bookended by the ownership of two families: the Millers (1876 – 1956) and the Roberts (1992 – today).

Despite those “in-between” years—in between its glory days and its rebirth—Duane and Kelly Roberts’ deft leadership has made today’s Mission Inn Hotel & Spa a hotel once again worthy of its National Historic Landmark designation.

The Roberts’ Years: The Rebirth of the Mission Inn is the third and final exhibit in a three-part series celebrating the nonprofit Mission Inn Foundation’s 40th anniversary. This exhibit explores the Mission Inn’s renaissance and the transformation it has undergone during the Roberts’ years.

Behind the Fence is the second of a three-part series celebrating the Mission Inn Foundation’s 40th Anniversary and its role in safeguarding this important city, state, and national landmark. This exhibition examined the hotel during the late 1980's and early 1990's when it was closed and fenced off from the public. During this time, extensive renovations were carried out and the historic collections were itemized and inventoried by volunteers from a variety of groups including the Mission Inn Foundation, the Friends of the Mission Inn, the Riverside Junior League, and more. Restoration efforts concentrated on all the major utilities and the building fabric, in an attempt to address the structural instability of the hotel.

Preserving the Legacy: Birth of the Mission Inn Foundation and a National Historic Landmark September 26, 2016 - January 31, 2017

Boosters—land developers, promoters, advocates, and salespeople—set out to sell California and its dream to whomever was in the market to buy.  This exhibition presented various sides of the California utopian dream through themes including romance, identity, hope, despair, race, and the unparalleled and unrelenting human capacity to dream for a better tomorrow even in the midst of a chaotic today.

Earlier exhibitions have featured "The Music of the Mission Inn", "Catacombs - Myth and Reality" and "By the Seat of their Pants - Aviation - Mission Inn - March Field.".